For years I have wanted to visit the state of Kerala in India and cruise the “backwaters” via houseboat. The backwaters are a network of brackish canals, rivers, lakes and lagoons just inland from the coast of the Arabian sea on the southwestern edge of India. The state is famous for these waterways and the houseboat cruises. On a weekend escapade during a 10-day work trip to Chennai, I managed to escape to Kerala at last!

My colleague and I flew to Kochi and stayed in the Fort Kochi area, famous for the cantilevered Chinese fishing nets dotting the shoreline.  A group of men operate the nets which are manipulated through bamboo and teak poles and a bunch of stones tied to ropes to counterweight the nets. It’s entertaining to watch and even more to think that this practice has been around for so long – it is thought to have been introduced by Chinese traders in the 14th century.

The next morning took us about two hours south to Alleppey, where we boarded a boat for our afternoon excursion. It was hot and steamy as ever, the breeze on the water and the movement of the boat our only respite. All of the boats cruising the waterways have the same iconic shape and style with a thatched roof. The driver sat right up front on the bow with his wheel and gear shift. Some boats have outdoor space while others are mostly enclosed, some single story and some two story. Doing research for a return trip someday with an overnight stay…

The area is overwhelmingly green with palm trees and lush greenery, a welcome respite from Chennai which can feel like an endless complex of concrete and pollution-spewing auto-rickshaws. The area is flush with birdlife, including flocks of sea eagles and kites, swooping down to the water in search of fish. Darters with their thin snakelike necks glide along and then disappear under the water to find a snack. Elegant long-legged water birds such as herons and egrets dot the shores as well. Along some of the narrow canals, we watched laundry being washed and smacked against the rocks.

The waterways of India are just like the roads! On a peak Saturday afternoon, in busier spots, the boat traffic was almost as chaotic as the vehicle traffic.  There did not seem to be any left or right channels to follow – just everyone making their way – and horns were used as if they were cars. Despite this, the pace was relaxing and everyone out on the water seemed to feel the same way, with many casual waves as we passed.  The five-hour tour was a perfect way to spend a sultry afternoon. I’ll definitely be back again for an overnight excursion. 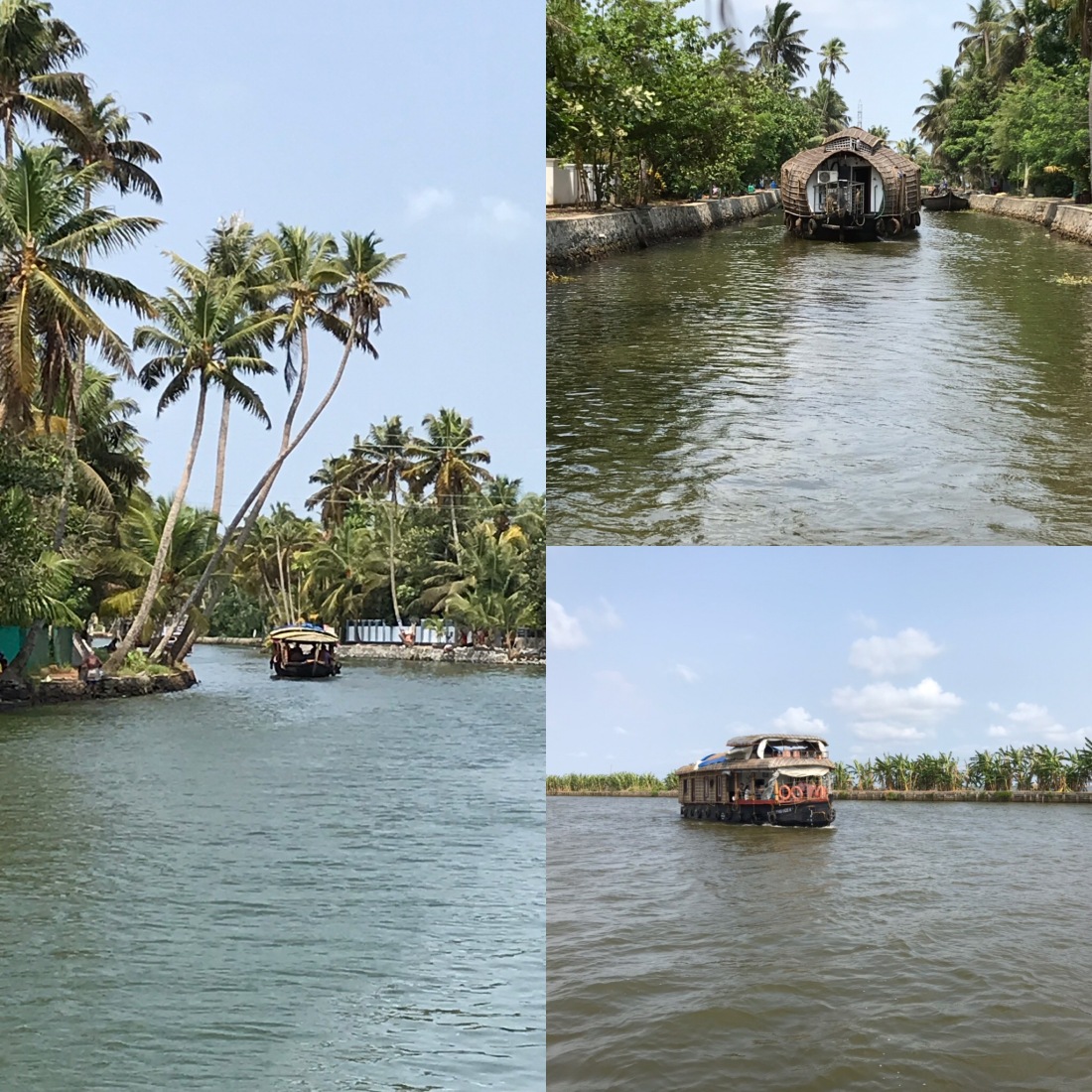 View all posts by davinajmyers